Founded in 1903 as Owens Bottle Company and merged with The Illinois Glass Company in 1929 to become Owens-Illinois, Inc. Their worldwide headquarters is in Perrysburg, Ohio with annual sales of $7.0 billion and 77 plants in 21 countries. A UUI-48 uncaser was a great choice for them. 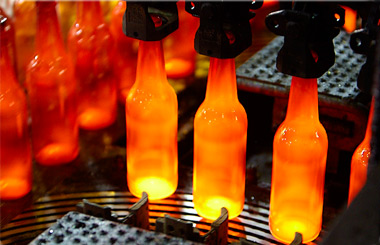 For a number of years the UUI-48 uncaser was in production and then it was sold to the Olympia Brewing Company.

History of Olympia Brewing Company: Leopold Schmidt, a German immigrant from Montana founded The Capital Brewing Company at Tumwater Falls on the Deschutes River in the town of Tumwater, near the south end of Puget Sound. He built a four-story wooden brewhouse, a five-story cellar building, a one-story ice factory powered by the lower falls, and a bottling and keg plant and in 1896, began brewing and selling Olympia Beer. In 1902, the firm became Olympia Brewing Company and chose the slogan “It’s the Water” to promote its flagship product. Statewide Prohibition, which began in January 1916, four years before National Prohibition, ended beer making operations. After Prohibition ended, a new Olympia Brewery was erected just upstream from the original, and Olympia beer went back on sale in 1934.

The original brewery that produced Olympia Beer as seen in 2012. Tumwater, WA. 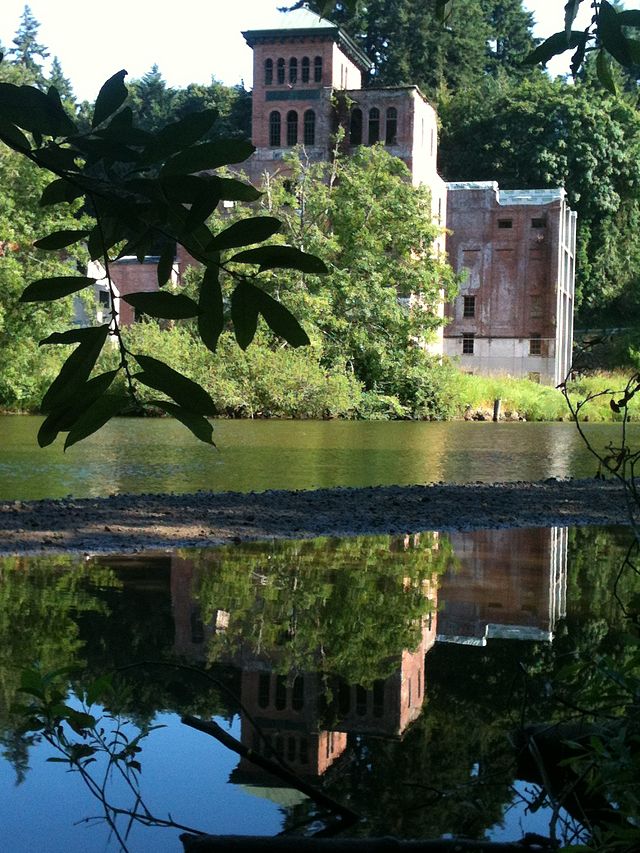 Olympia Beer was a very popular regional brand in the Pacific Northwest for half of a century. It eventually expanded nationwide, repositioned as a low-price lager. During the 1970s, Olympia acquired Hamm’s and Lone Star. Olympia Brewing also produced Buckhorn Beer, which had previously been a product of the Lone Star Brewing Company.

In the 1983 Olympia Brewing d a Climax uncaser from Owens-Illinois to install it in their brewery.

As with many other regional breweries, ownership of the Olympia Brewery eventually passed through several corporations including Pabst, G. Heileman, and Stroh’s, until the brewery was eventually d by Miller Brewing Co. For a time, the Olympia brewery took over the brewing of other Pacific Northwest brands as their original breweries were closed one by one, including the Lucky Lager brewery in Vancouver, Washington, the Henry Weinhard’s brewery in Portland, Oregon, and even the brewery of its arch-rival, Rainier Beer, in Seattle. In 2002 SAB bought out Miller brewing Co. SABMiller closed the Olympia Brewery on June 27th, 2003 citing the unprofitability of such a small brewery.

The 1973 Climax UUI-48 uncaser today at the Fish Brewing Company. 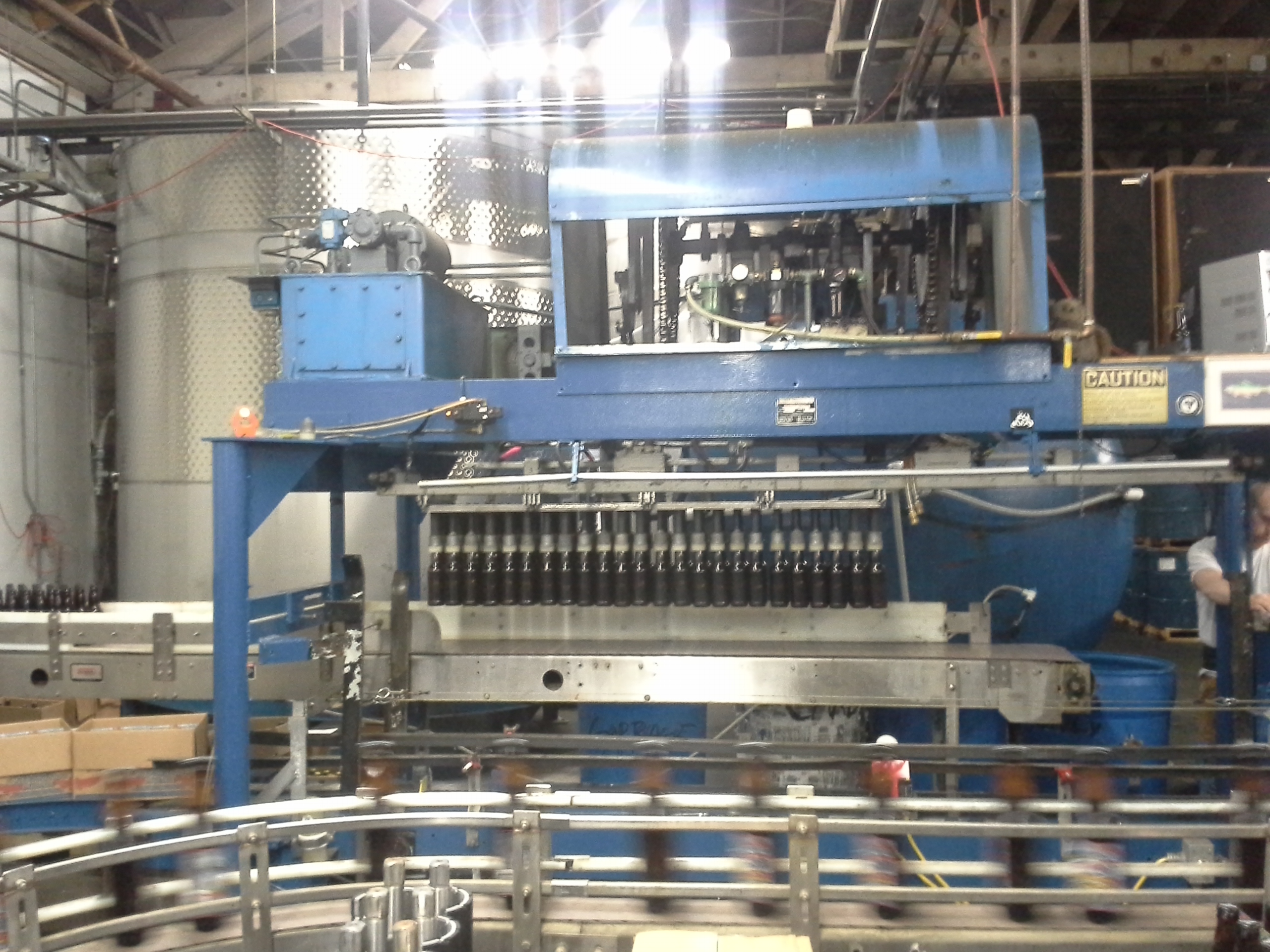 History of Fish Brewing Company: From its home in beautiful Olympia, Washington, Fish Brewing Company has been hand-crafting ales of Northwest proportions since 1993. Founded by Crayne and Mary Horton and a few dozen local investors, Fish began operations humbly. With a 15-barrel brew house, two 15-barrel fermenters, and one dairy tank, we brewed for our neighbors up and down Puget Sound. Growing steadily since, Fish is now an award-winning craft brewer with distribution throughout the great Pacific Northwest and beyond. 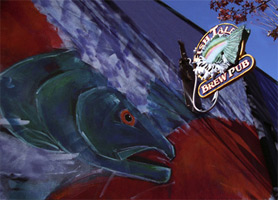 Today, three distinct brands make their home under Fish Brewing’s roof. In the beginning there were Fish Tale Ales, English-style beers born in our brewpub on Jefferson Street. It wasn’t long before our brewery outgrew its cradle, though. So in 1996, we moved brewing operations across Jefferson Street and into the historic and spacious Skoog Building.

How spacious? Spanning the block from Jefferson to Cherry Street, the building once housed Olympia Knitting Mills. More recently, Skoog Manufacturing built and serviced lumber mill machinery there. The building was so spacious that the move provided ample room for both brewing and bottling. And bottle we did, introducing our first six packs in 1997. Subsequent equipment up-grades allow us to now bottle in both 12-ounce and 22-ounce sizes. And our original brewing space back across Jefferson Street? It’s now the Fish Tale Brewpub’s kitchen. 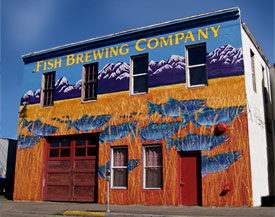 The year 2006 saw another giant leap for Fish. That year, we retired our 15-barrel brewing system and replaced it with the famed 40-barrel brew house that we use today. We’ve expanded fermenting capabilities, as well. With the addition of our fifth 120-barrel fermenter, our twelve fermenters have a total capacity of 1,015 barrels.

What’s next? Without doubt, more delightful beer and cider. Making these is simply how we enjoy ourselves. Here at Fish, we believe that fresh beer and cider, fine food, and enduring friendships are what life in the Great Pacific Northwest is all about. We’ve been proud to be a part of that tradition for over 15 years, and thank you for joining us in it.

Climax Packaging Machinery is proud of our packaging machines and we love to hear about how our machines are performing and how long they have been in production. This UUI-48 has been uncasing for over 41 years and counting!

Would you like a quote? click here Our machinery is top-notch, and would benefit your company immediately! We have the skill to manufacture just what you need to enhance your company. With years of experience, and the creativity to dream up. Tell us what you need and we’ll work with you to come up with a solution.